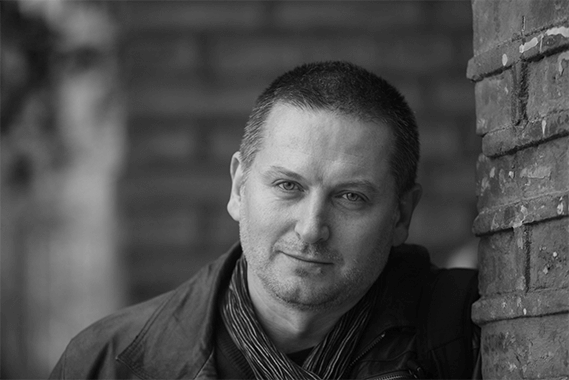 Georgi Gospodinov (1968) is a Bulgarian poet, writer and playwright. One of the foremost European writers of today, says about him Alberto Manguel.

Gospodinov’s debut novel, Natural Novel (1999), is published in 23 languages including English, German, French, Italian, Spanish, Icelandic. The New Yorker described it as an “anarchic, experimental debut”. According to The Guardian, it is “both earthy and intellectual”, Le Courrier (Geneve) called it “a machine for stories”.

Gospodinov’s second novel, The Physics of Sorrow (2012), won several national awards for best fiction, among which the National Award for Best Novel of the Year (2013). The book was the winner of the Central European Angelus Award (2019) and the Jan Michalski Prize (2016) and a finalist for four international prizes in Italy and Germany: Premio Strega Europeo, Premio Gregor von Rezzori, Brüke Berlin Preis, and Haus der Kulturen der Welt Preis. The novel was widely reviewed in Europe and the in the US. “Georgi’s real quest in The Physics of Sorrow is to find a way to live with sadness, to allow it to be a source of empathy and salutary hesitation…”, wrote Garth Greenwell for The New Yorker. According to NZZ “Georgi Gospodinov rises above the lowlands of novelistic commercialism and convention, saving not only himself, but literature as well – and with it, the entire world”. The American edition of the novel was shortlisted for the PEN Translation Prize 2016 and the Best Translated Book Awards (BTBA). The Physics of Sorrow was published in 15 languages including German, English, French, Italian, Arabic.

He has also published four books with short stories, first of them And Other Stories (2001), the last one All Our Bodies. Ultra-Short Stories (2018). Blind Vaysha, a short animation (dir. Theo Ushev) based on Gospodinov’s short story, was an Academy-Award nominee in 2017.

Gospodinov has written two plays - D.J. (an abbreviation of Don Juan) and The Apocalypse Comes at 6 PM (2010), both with national awards for best dramatic text of the year. His tireless experiments with different genres include the libretto for Space Opera (2015, Poznan, composer A. Novak), the graphic novel The Eternal Fly (together with the artist N. Toromanov), the collection of essays The Invisible Crises.

He has lived at different places where his books has taken him. In 2017/2018 he spent a year in New York at the Cullman Center (New York Public Library). In 2019/2020 he was in Berlin as a fellow at the Wissenschaftskolleg (Wiko).

His latest book is the novel Time Shelter. Published in April 2020 amidst the quarantine and the peak of the pandemic, it topped the bestselling-books charts in Bulgaria. 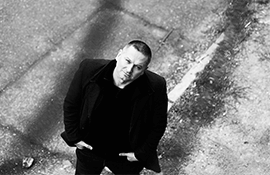 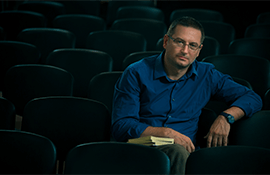 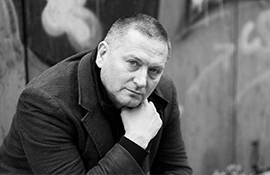 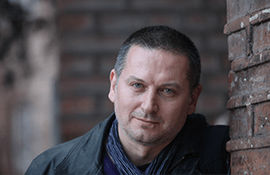